Infinity Blade For Iphone 4 Is Awesome!

January 14, 2011
Although i don't have that much of an experience in mobile gaming apart from the highly addictive snake game on the.. dare i say ANCIENT Nokia 3310, in which i still have in my possession. Apart from that, i don't do much gaming on my mobile phone. The fondest memories that i have in gaming on the mobile phone was beating my friend's high score on the snake game. Thats just about it.

And boy i am in for a surprise with the coming of smartphone era. Like i said before, my previous gaming experience was with this blocky thing that i supposed it kind of look like a snake moving about in its tiny little box try to gobble up a ball or something, trying not to eat bit of its own body. Thinking about it felt like i've played it a hundred year ago! hahahahahaha..

So anyways, iPhone 4 is an amazing piece of tech. Amazing! Plus the fact that it has tons of cool apps makes it arguably an almost complete package smartphone. Again ALMOST(still hate iTunes).

When i heard about Infinity Blade, to be honest, i am really skeptical that such a game would be playable on a mobile phone. i doubt that the game would play as smoothly as its advertised. So when i bought it, i have to say, i was blown away. (Great job Chair Entertainment and Epic Games!) 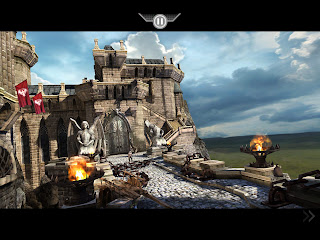 It has the most amazing graphic to date, rich in detail, this is perhaps due to the stunning Retina Display. The gameplay is smooth as if i am playing it on a computer, although it does felt repetitive eventually but still it has some replay value. 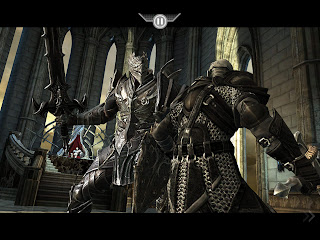 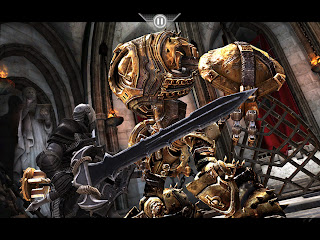 Controlled entirely by swiping your finger(or fingers) on the screen, it is perhaps my favourite thing about it. It is so easy. Learning curve is easy so you won't get stuck is maze or whatever. There's not much of a storyline but it is perfectly brief. 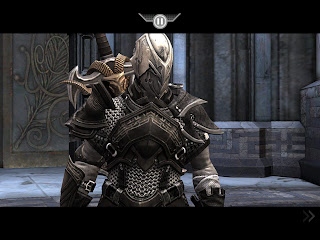 So if you have iPhone 4, seriously, you have to get this, it is AWESOME.

Here's preview of the game(opening) by me, do watch it in HD.

p/s: If you're reading this from my Facebook notes, you will not see the AWESOME preview. Click on View Original Post to see it.
Gadgets iPhone 4 mobile phone Rock Out Gaming rock out rambling Rumours and News Technology Video