Awesome Way To Quit Your Job.

August 17, 2010
As shown by my newest hero, Steven Slater.
Steven Slater was a Jetblue flight attendant. He argued with a passenger and then awesomely quit his job by deploying the plane emergency chute then slides down with a beer in his hand. 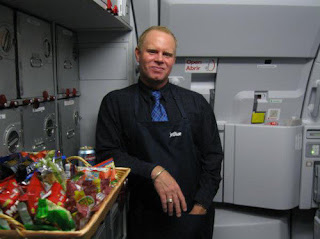 As a service industry worker, i know how he felt at the time. Although unlike him, i don't have the guts to do what he did.

via Cynical C.
full story(as in the news i meant, you can draw your own conclusion though) NYPost.
also in Wikipedia.
then his Facebook fan page.
Comedy Jokes rock out rambling Rumours and News