Paul Octupus Is The Real Soothsayer. 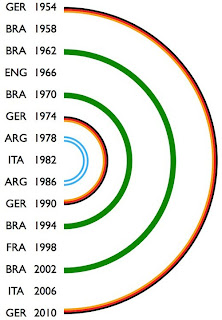 The first time i saw this chart, i was really convince that my favourite team to win the world cup, by beating Spain in the semi final and progress to the final game. Being that their team have been playing really good football against the best teams in the tournament(minus the crappy England side though), i have no doubt in my mind that they would lift the World Cup in full glory. Well, i think i'm gonna get myself an octopus to help me bet on the English Premier League matches. Perhaps i will be a millionaire with the octopus' help. Hahahaha...
Comedy Football Jokes rock out rambling silly picture