It's Free (And Always Will Be)

July 16, 2010
i am a daily Facebook user. Although i am not the crazy-update-status-every-5-minutes freak like most of my friends are. i mainly use it to play my favourite Vampire Wars game. 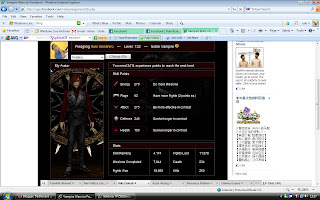 Perhaps you might have heard the crazy rumors that flying all around the Facebook world that it'll be a subscription based social networking site cometh July 2010. Even maybe perhaps that you might have liked or even join the protest group that wanted Facebook to stay free.

Personally i don't believe it'll come to that when the rumors started to take off earlier this year, because as *ehem* as a veteran of the internet and in a logical sense of thinking it will be like a suicide move by Facebook if they were to implement subscription fee.

Now July 2010 is halfway upon us. Perhaps you guys have notice that this much of a tongue in cheek gesture by Facebook to kill the rumor once and for all.