January 17, 2010
Anything But Ipod has always been my fave website to go for research when i'm thinking of buying an MP3 player. Although i never actually bought a single MP3 player after reading their reviews; due to me not having any money in the first place, i love reading their MP3 reviews.

Their MP3 reviews has always been consistence and in depth yet still not too technical nor too geeky, so that a mere casual MP3 buyer would easily understand and know what are they're buying. i always wanted to buy the MP3s that ABI considered worth buying, again due to me have no actual money to buy one, that never stops me from reading their website from time to time.

Today, when i checked out the website, i realized that their final post on December of 2009 is really really hillarious.

So here's to the next 10, which hopefully will bring more amazing tech, flying cars, and meals in pills. Unfortunately, it will likely bring zombies instead. Lots of zombies.


Yes, two of my fave thing are in their post. MP3s and ... ... ... Zombies! Of course it is not to be taken seriously but as the writers implies that the next coming decade would end up in Zombie Apocalypse is like a great geek tongue in cheek joke. Its just so freacking brilliant.

If you're not really into zombie phenomena that is the raging theme since the past 10 years, you might not get this subtle joke. Zombie apocalypse has been in the mainstream movies if you're hadn't notice. Movies like Dawn of the Dead, Diary of the Dead, Resident Evil series, 28 Days Later, 28 Weeks Later, [.Rec], not to forget the best of them all, Zombieland and others, has implied that our future may not end in alien invasion, nature catastrophe, nor even a biblical event but a zombie outbreak instead. 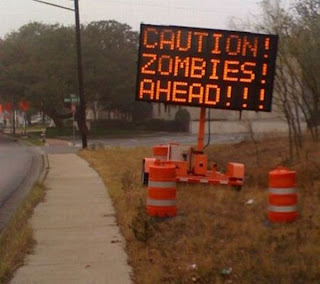 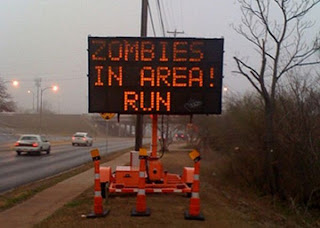 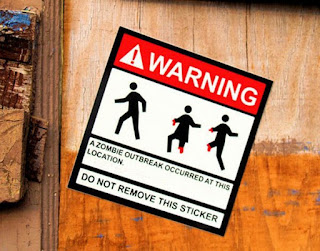 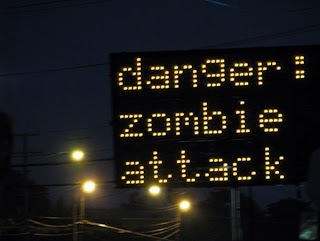 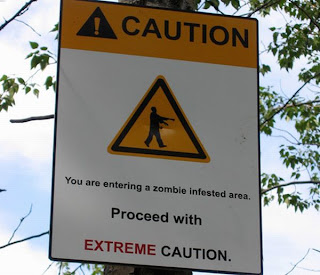 Zombie outbreaks in certain parts of the world, this could happen to your place! (>,<)


Zombie Apocalypse iz a comming people.. are you ready for it?