January 03, 2010
Now that's 2009 has finally went pass us. So how was your 2009? Good? Bad? It has been somewhat frustrating year for me though. Okay, i know, nobody's asking. Hahahaha... My life in 2009 has been boring, uninspired, financially tight(okay, i know, so was everybody else), emotional draining, mentally challenging, physically tiring, and my fave word describing my 2009, FRUSTRATING.

Here are the full review: 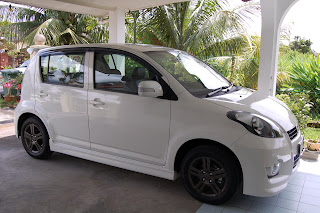 Since January of 2009, i have struggled financially. The reason being? It's because i bought myself a car, my first car, i got it at the end of 2008. December 30th to be exact. It was my main goal for 2008, to get myself a car. So by 2009, i have to add that car monthly installment into my monthly budget. At that time also, i have to finish up my personal loan and computer loan from the previous year. From January to May of 2009, i was on a shoe string budget. Luckily i didn't have to resort to loaning from loan sharks. 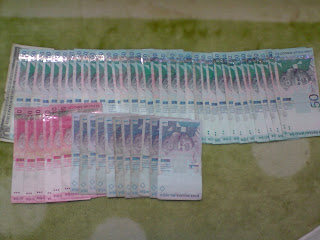 [for my international reader(imaginary ones), that is what our currency looks like]

Perhaps i should've waited for a while before rushing off to buy my own car. It was like an impulse decision. So if you're wanna get your own car, make sure you have at least prepare 10% or more for downpayment. So that your monthly installments will be much lower.

Health.
In term of health, the year has been good to me. i have been in a good health. Just a few times i caught a fever or flu but never had anything bad. Just that i didn't do much exercise as much as i wanted to. Perhaps for this new year, i should a least do some exercise, maybe for twice a week. 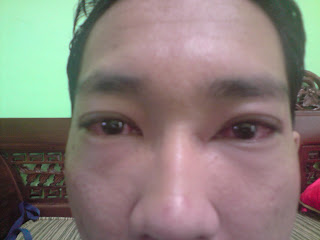 [forgot to mention. one time my little brother infected me with this red eye virus thingy, and it reminded me the zombies in 28 Days Later.] 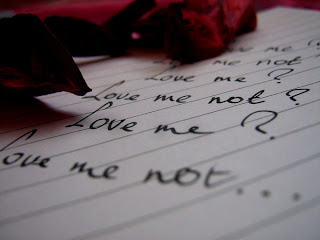 Argh! Damn!
Of course. i've been writing about this since like.. forever. Duh?! Didn't you guys read? i am beginning to wonder why am i still obsessing about her. My frustration stayed with me for the whole year. Well.. i'm kinda.. sort of.. seems like.. more or less.. somewhat.. not that really obsess about her anymore. i don't know, i'm trying so hard to just let her go. If she does care about me as much as i do and i hope, hopefully she'll accept me.

It does still frustrating though to know that she's seeing someone else and me not. i do feel that i am so stoopid for waiting and wanting someone who does not want/need/see me as how i wanted it to be. Someone in their correct mind would've said something like, "Screw her, there's a lot of other gals around who would appreciate me."

i seems like a crazy person now right? i should stop here now. In this part of the review, i could go on and on.

Well, my direction is a bit of a mess right now. As lately i like to post about the shenanigans and the virals that is on the web, because i'm constantly online all the time. i thought i should share it with you guys(imaginary readers). The fact that this blog is just a personal ramblings blog initially, until recently i realize there a spike of international readers(which are just passerby and again.. imaginary).

So for this new year, i should revamped my style and create more part that suited the themes of my posts. Watch out for that ya..(my imaginary readers.)

So my year was like i've mention previously, ends in frustration. The few goals that i've set for myself, which was only about five, still i couldn't accomplish it. Disappointing? Sure. The are a lot of reasons and setbacks along the way, but it's in the past now. For this 2010, i will be trying my best to better than last year. Hopefully it'll turn out as i hope and plan it would be, and hopefully yours will be too.
Financial Thingy My Health My Unrequited Love Personal Achievements rock out rambling Wandering Thoughts Weekends who am i? Wish Lists