My Uneventful Sunday, Watching The Haunting In Connecticut.

August 02, 2009
i woke up very late today. 1pm to be exact. Actually i've planned to wake up early and go get breakfast out in town. Unfortunately due to me went to sleep so late the night before, made my own plan goes to waste.

It's been a long time since i've gone out and about in town alone. i've used to, just going out alone all around town, window shopping and people watching, though the main reason that i does that is clear out my head. i'd be so bored with the usual routine of eat-sleep-work every single day.

So in the end today, i just sat my freakin ass at home and watch DVDs instead. i bought some on Saturday. It was however unnecessary things to buy as the month is still long way to go and i shouldn't waste my money like that.

The movie that i watched was The Haunting In Connecticut. My expectation of the movie was, it could perhaps bear all the resemblance and carries all the cliche of any other Hollywood "horror" movie, but i am really surprise that although the movie still does have some of the usual sudden shock to scare but the good acting and storyline made it a good scary movie. Serious.

Being there's a really hot chick in the form of Amanda Crew is an added bonus. 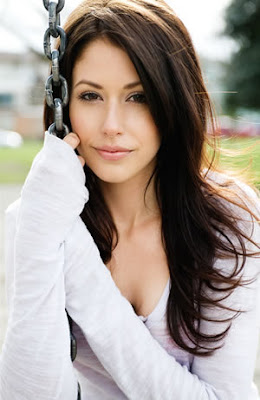 Just the only major FLAW of that movie is the climatic scene where remaining cadavers finally revealed but they looked perfectly intact! Come on, after 10 years or so, dead bodies wouldn't look as if they were buried yesterday.. but of course for dramatic purposes, the film makers probably decided to leave it that way.

Seriously.. this movie is one good horror movie, yes it still has that cliche sudden shock scare tactics but the story is good. Good enough even to scare me with some of it scenes a few time. i'll give it a 4/5.