May 16, 2009
i was supposed to post this up last week but i was busy with work. Last week i went to the newly opened and much hyped Big Apple Donuts & Coffee.

Nah.. actually not much happen. That title is just to entice the reader who happens to drop by. So here in Bintang Jaya Megamall in Miri, the newly open Big Apple Donuts & Coffee have been the buzz of the city.

Actually i never got the rumours and news about it. My sister text me about it, even though she is not here in Miri, she's right at the other end of the country. How she got the news though i didn't know. She has been telling me about the good taste of the donuts for about a month prior to the opening here in Miri. As she's currently studying in Selangor and have bought the donuts from the Big Apple outlet there countless time.

So i thought that the donuts should be that good. Maybe.. haha.. 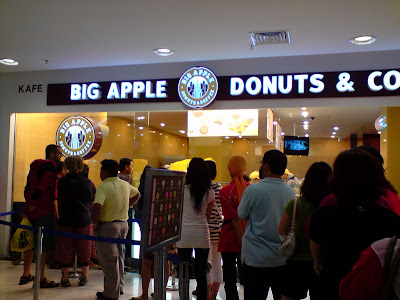 The waiting line is still long though.. even after a week or so.

Their opening day line was much more ridiculously longer than this one. 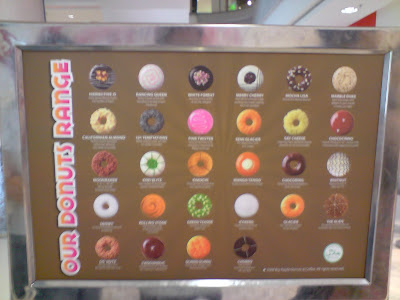 The choices of donuts that are available. 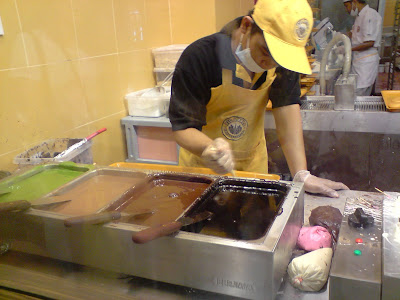 A peek at how they made the donuts toppings. 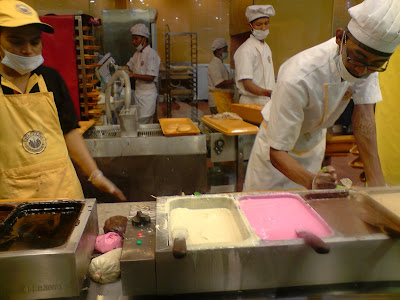 Just look at those yummy colours. 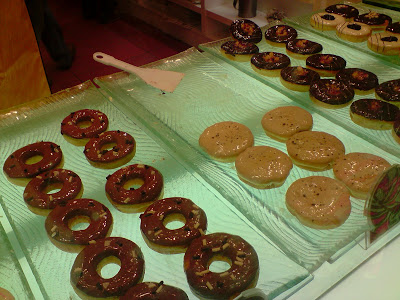 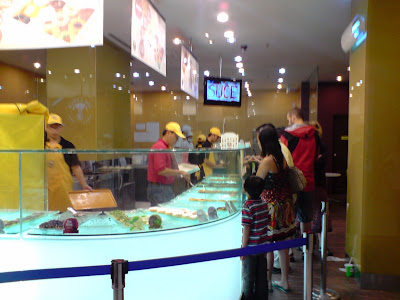 A final look before i'm off to finish my donuts that i've just bought. 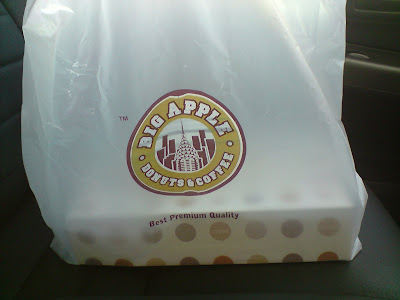 Here are my donuts, neatly packed. 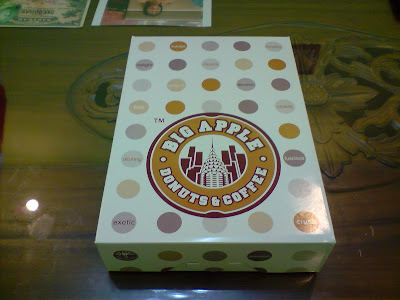 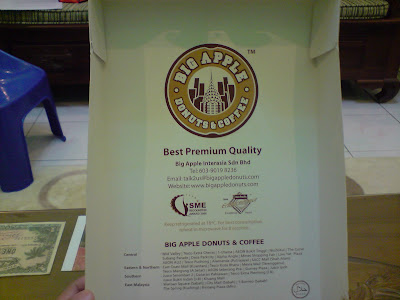 The inside of the box. 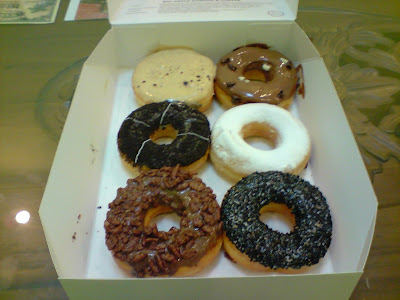 These yummy donuts are all mine i tell you, mine!
rock out rambling Rumours and News Video Weekends