1. Not using the air conditioner in the morning to work. When i went back home, i've used the a/c because it was hot inside due to the fact that i didn't park in the shades and i have leather seats.

2. i didn't go out after work and went straight back home except for last Thursday(12/02) when SHE asked me to tag along for dinner, honestly i couldn't say no to HER.

4. i try as mcuh as i could to stay in one lane, minimising overtaking. i only overtake if the car or motorcycle in front is too slow. 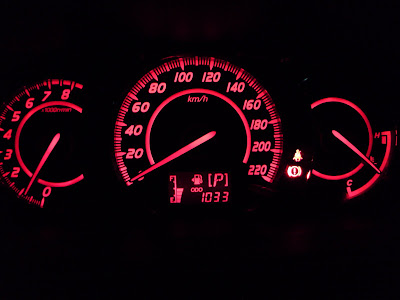 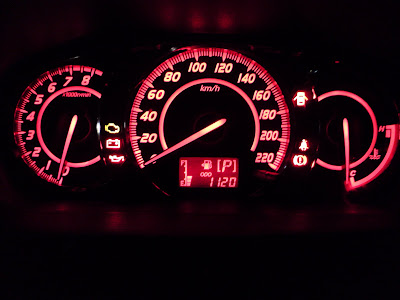 Did you notice that it only goes down by one bar? Amazing now isn't it.. i could speculate that i had only used 6 liter++ for a whole week, being 11.112 divided by two, as before i refuel the indicator was two bars. After refueling it went up four bars and now a week later, it goes down by only one bar with three bars remaining. What a splendid achievement now ey.. haha..

Plus i only travel for about 87 kilometers that week, 1120 - 1033. Just look at the total distance shown in the odometer.

One thing that i haven't try is though, which is to wait until the low fuel warning flashes and refueling the car until full tank and then, calculate how much fuel i'd be using for a week later. Perhaps i should try this. i'll update on this when i'm ready.

Anyway i found a few videos on YouTube that dealt about saving fuel and hyper-miling. i recommend precautions on some of the tips given, do it at your own risks.