February 16, 2009
i am so upset and angry right now that i can't stop cursing. Who am i cursing to? Well to those fucking deepshit motherfuckers that stole my foglamps. Yes you heard me, foglamps. My car is barely two months old and already i got robbed of my foglamps.


So here's the thing the goddamn thief/thieves did it in broad daylight! i know, what the fuck right?


i usually parked my car behind a local home furnishing store building, that is Courts Mammoth. Right across the road was a small shop selling low cost everyday items made from China called the RM 2 Store. The reason that i parked there was because the parking lots around the Courts Mammoth building is not being set as coupon parking.


i usually go out to work from home early, around 7-715am in the morning and reached there about 15 minutes later. As the limited parking space would be all occupied quickly, usually by 8am there would be no free parking space left.


My day started fine, but later that evening a colleague asked me when i went out from the office about the wires that hung out off it's sockets. i asked him about what wires, and he replied the foglamp wires. When i walked towards my car, i was stunned and quickly upset to realise that my foglamps were missing.


This was taken on Sunday after i washed the car. As you guys can see the foglamps still attached. 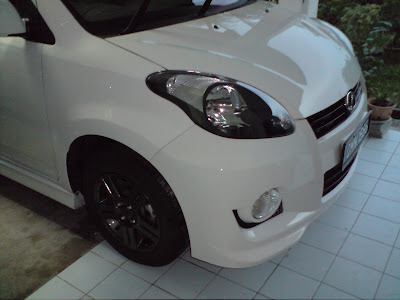 Here's a better view where clearly a day before, both foglamps are still there. 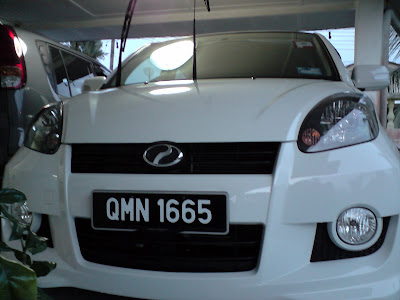 NOW: The missing foglamps, left only with hollow sockets. Right side. 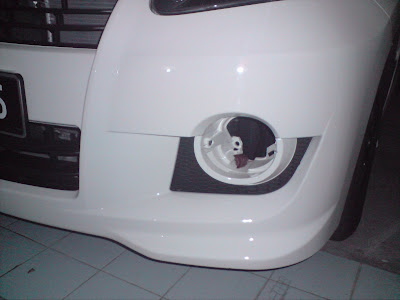 The missing left side. Apparently due to the foglamps is or rather was attached by only clipping it in, the goddamn perpetrator probably only use a simple screw driver to clip it out, seen by the marks and scratches left behind. 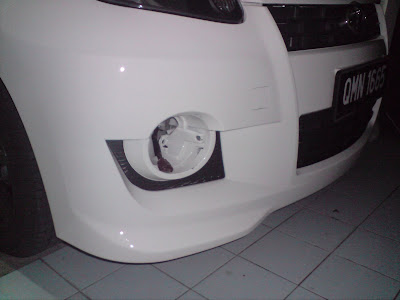 A clear frontal view of the stolen foglamps. 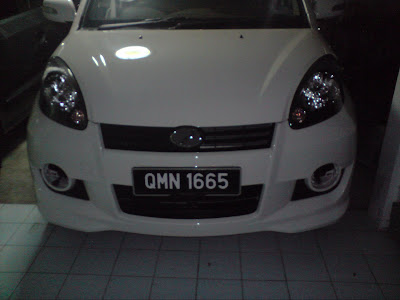 To make the matter worse, i am currently cash strapped and couldn't afford to replace them. It looks like i have to cover it with plastics or something, so that rain or water couldn't get inside and short curcuit the wires. i have already tape off the exposed wires though, hopefully tomorrow i have the time to cover it up.

i pray that the goddamn stupid fuckers would have terrible accidents and lost the abilities to use their hands after what they did to my car.
Car Crappy Day Late Night rock out rambling