Rest In Peace My Dear Sweet Palm Zire 72.. Your Service To Me Has Been Greatly Appreciated..

November 14, 2008
Today, on the 14 of November 2008, i would like to announce the death of one my most loyal and most used servant. My Palm Zire 72 PDA was found dead on my bed when i tried firing it up after coming from work.


The cause of possible death was not really conlcusive but there's a clear sign of broken LCD screen, where by most probably due to impact pressure. i'm not sure whether it was i myself had caused it but i'm pretty sure i didn't fell asleep on top of it. If i did surely i can feel the pain it'd caused me sleeping with something poking from underneath my body. Well maybe..


Although i think it is possible to bring it back from the dead, but buying the replacement parts i.e the LCD and new battery would probably costs me more than buying a brand new PDA or PMP.


The thing i regret the most out of this situation was i didn't properly back up my datas from the Palm Zire 72 to my laptop. Now that i can't see anything on the screen meant that i'm totally screwed with what's left of my datas on the Palm Zire 72.


i'm not sure whether there is any good PDA replacement on today's market for that Palm Zire 72. i could get a PDA phone for that matter but i don't want another mobile phone as i'm already quite satisfied with my LG Viewty. i've installed a lot of good applications on the Palm Zire 72 and i'll surely miss all of them.


Next step now would probably save some money to get a new PDA or PDA phone or just a PMP. i don't know yet. A few probable targets came to mind, such as:


1. Apple iPhone - too expensive.
2. Apple Touch - still too expensive.
3. Palm Life Drive - does Palm still make this piece of gadget.
4. Samsung P2 - have yet to do a research on this gadget.
5. Samsung P3 - probably have yet to come out.
6. Microsoft Zune - the thought of it comes bundle with premium headphone is soo tempting.
7. Meizu M8/M7 - will this thing ever see the light of day?

Of course there lots more, it just the question of getting the money to buy any of the mentioned gadgets. So here are a couple of pics to show you guys what i'm talking about. 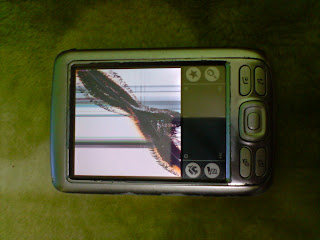 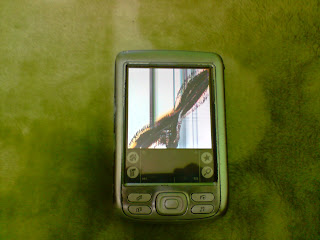